I left Wisconsin Dells this morning about 11:00am.  Most of the day was sunny and it was a nice drive.  I stopped at a couple of thrift stores along the way.

I stopped at a scenic overlook and saw this…

It is the House on the Rock….I talked to some people that had just come from there and were very impressed.

The surprise to me was that most of the self-guided tour is to see the collections.  The house itself is not very large.  The house was opened to the public in 1960 and the owner spent many years acquiring collections of stuff.  The tour is supposed to take 3 hours.  Well this was an unplanned stop so I did the speed version and did it in 90 minutes.  It is a lot of walking.  You kind of feel like a lab rat as you just wander up and down hallways viewing things.

You can read about the house at

You can see photos at

Absolutely the most magnificent of all is the carousel.  It is indescribable…it has 269 animals (none of them horses) and 182 chandeliers.  They claim it is the worlds largest carousel and that it is worth almost $5 million dollars. 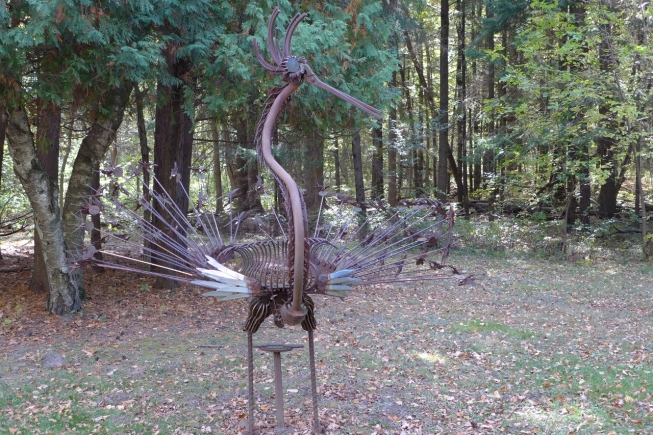 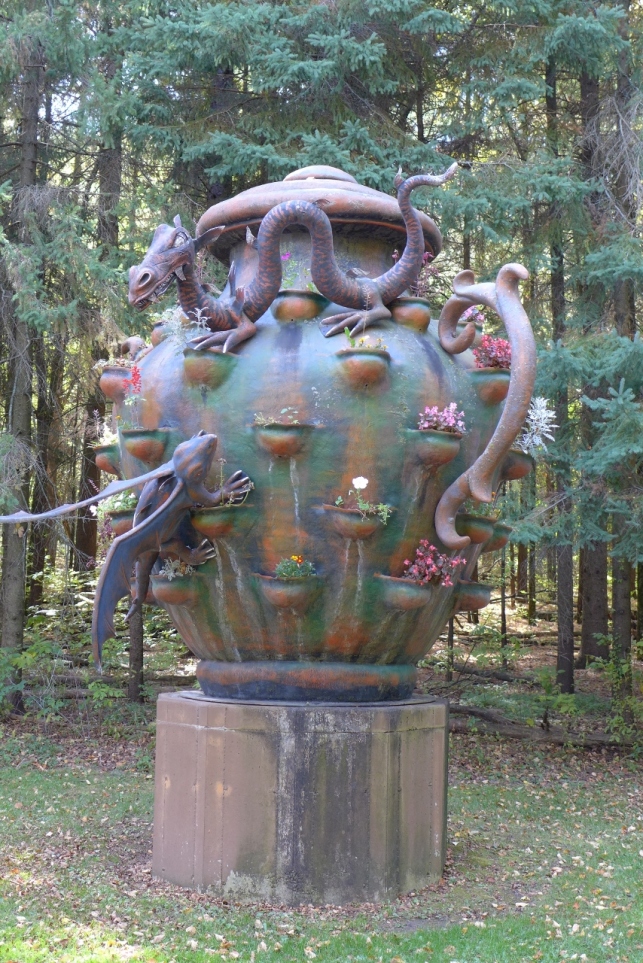 I left there about 3:30pm.  Just as I was leaving a lady ran up to me.  I had met this lady and her husband in the RV park at Munising last week and then we both were at Tahquamenon Park and what are the odds that a week later we would run into each other again.

I arrived at the Amana Colonies RV park about 6:15pm.  I went one mile south to the Colonies to find something to eat.  I chose the Ox Yoke Inn.  I had Chicken Schnitzel and Spatzle noodles.  They were both okay.  I would probably order something else if I ate there again.  The service wasn’t that great.