I left the KOA RV Park this morning about 10:30am. I drove thru the Badlands National Park Loop Road. Five years ago the boys and I drove through this loop. The Badlands haven’t changed much in five years….The only difference was the direction I drove. Five years ago I drove from West to East on the loop. This time I drove East to West. There was not a lot of traffic until I reached the very last scenic overlook and suddenly it was overloaded with people. 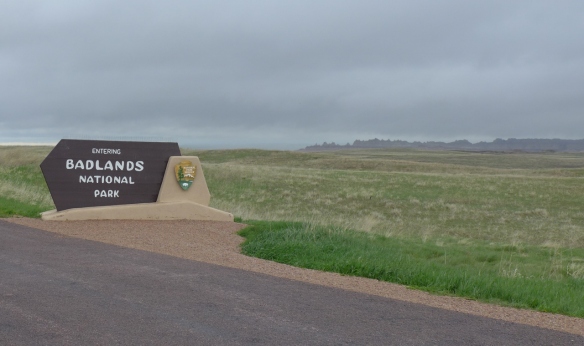 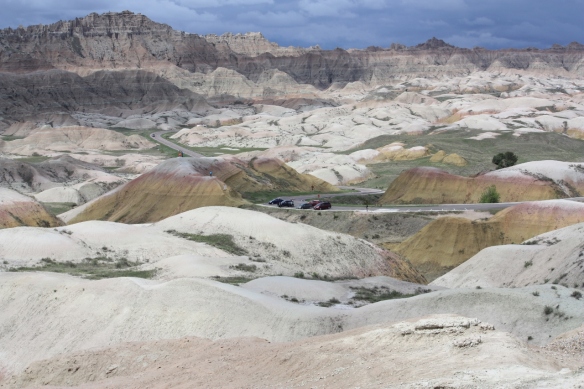 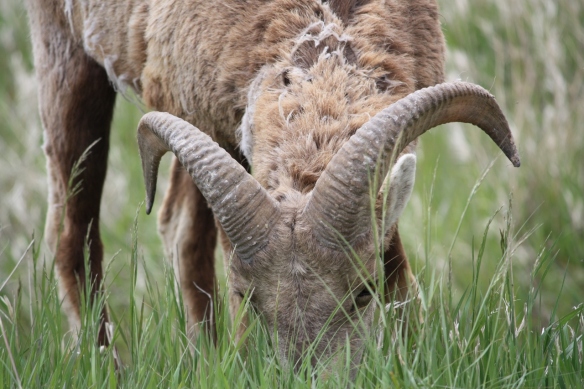 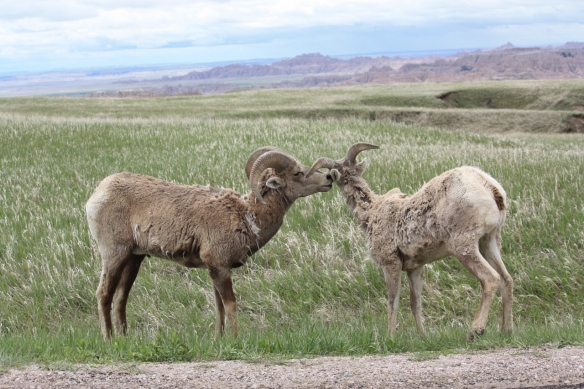 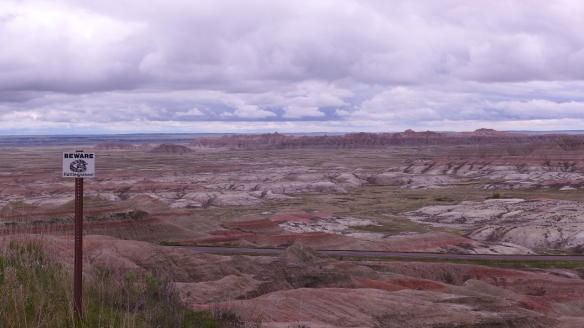 The park has nine campgrounds, five lodges and four of the campgrounds have rental cabins. I am staying in Blue Bell Campground. There are 31 campsites here and 23 rental cabins.   Camping with electricity only is $25 per night here. 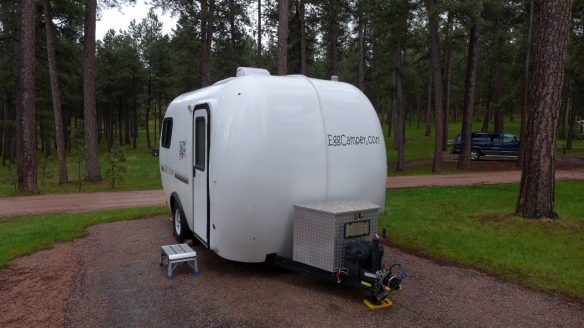 All the streams are running full and then some. I have seen several deer and a bunch of prairie dogs so far. 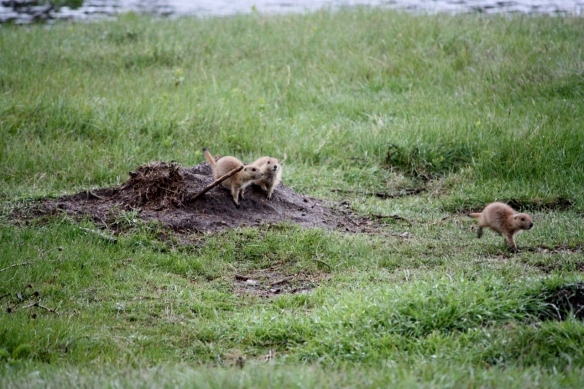 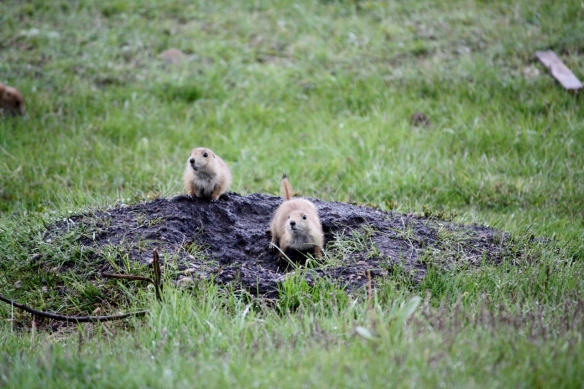 I drove over to Crazy Horse Memorial hoping to see the Lazer light show. This was new since our visit in 2010. It was so foggy that you could not even see Crazy Horse from the visitor center. They have really expanded the visitor center since 2010. I left about 8:15pm as it showed no signs of fog lifting.