It rained most of the night and most of the day.  I left the trailer at 1:00pm to find something to do.  I drove in to Pensacola, had lunch, went to Wal-Mart, drove by the Pensacola lighthouse and stopped at a few other stores that were open on Easter. 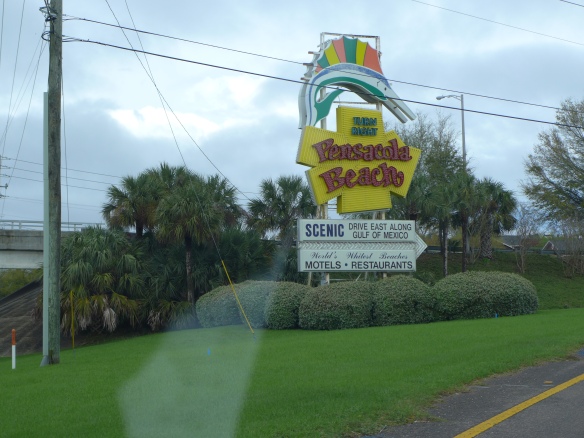 Below is a picture from Fort Pickens road to the campground.  There was sand and water on the road in several places. 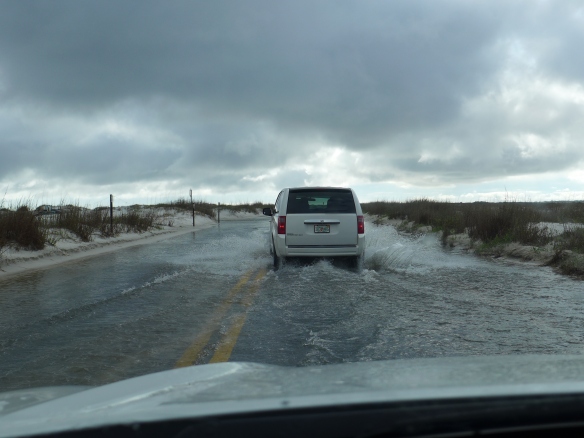 In the picture above, you see the lake that was not there when I pulled in Friday.  Many of the sites here have standing water in them.  Thankfully I have a dry site.  A few minutes after I took this photo there were 3 small children playing in the middle of this water. 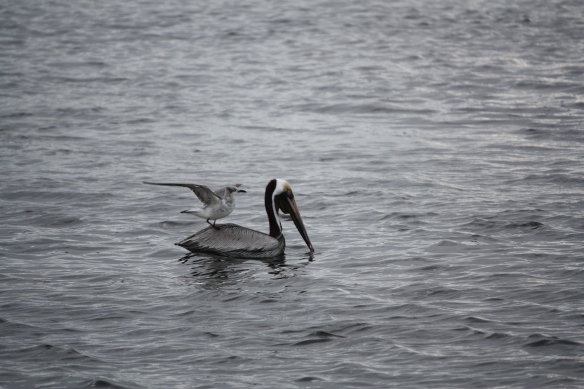