I packed up and headed for home.  Overnighting at Hinton RV Park in Sikeston, MO.

I went to Dollywood today. It cost $12.00 to park the car and the ticket price with tax was
$72.95. The park reminds me of Silver Dollar City. It was a very nice, warm, sunny day to visit.
I believe it was in the mid-70’s today. I was very disappointed that they had ended all
seven of their normal shows for the season in the past two weeks and had gospel groups
performing. I enjoy gospel groups but I would have liked more variety.  Their normal shows cover a wide variety of musical types. 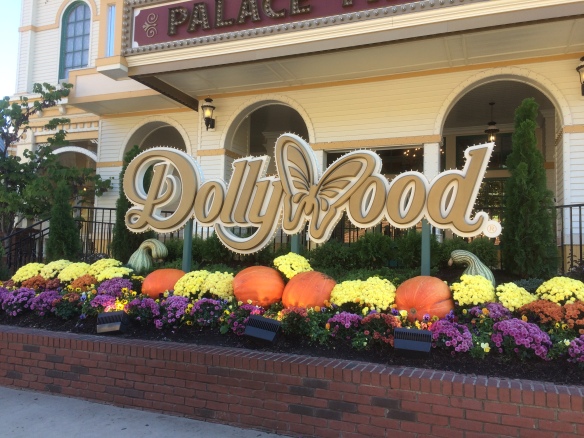 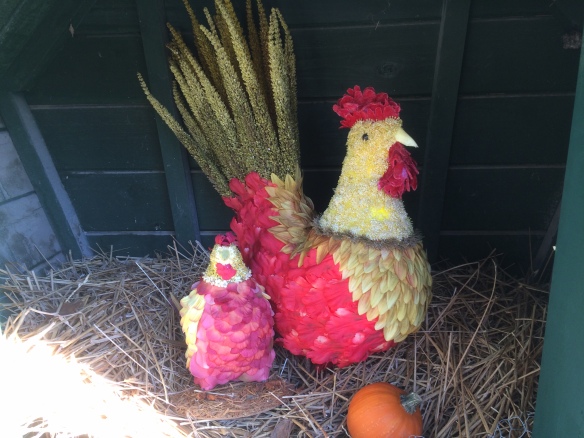 At 5:00 I drove out to the Smoky Mountain National Park to drive an 11 mile scenic loop called “Cades Cove”. It was a 30 mile drive to get there. In all it was three hours to arrive, drive through and drive back. I personally did not think that drive was as good as the other sections I have driven through.

I was back at the trailer at 9:00pm. Packing up and heading for home tomorrow.

I spent 3 hours exploring Gatlinburg shops this afternoon. It was a beautiful afternoon and there were a lot of interesting shops. It took 30 minutes to get 2 miles to get to the beginning of Gatlinburg so I pulled in first parking garage I came to and walked.

I visited more stores in Pigeon Forge after that. I spent a couple of hours this evening at “The Island at Pigeon Forge”. It is a very well done mixed use entertainment area. They have a hotel, evening options, lots of shops, a large ferris wheel, an arcade and many other ways to spend your money. I left there at 8:30pm. 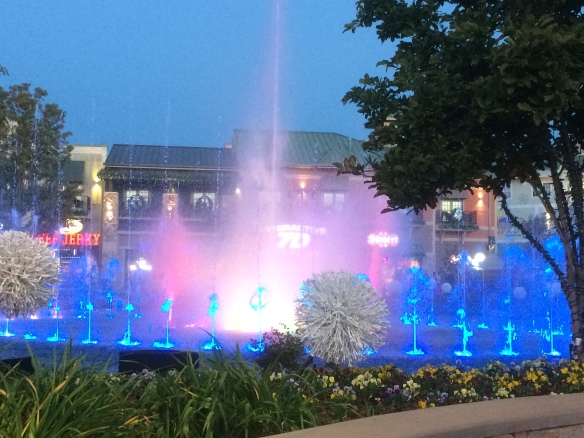 Back at the trailer, I walked over to the laundry room and did a load of laundry.

One of the shops I found interesting today was called “Lazy One”. All they sold were super cute pajama tops and bottoms. If there is one thing my sister Judy and I agree on it is life is better when wearing pajamas. I texted Judy and told her we should move to a warm, sunny coastal tourist area, open a shop like this and we could wear pajamas every day and it would be advertising, not lazy!

I packed up and left Asheville at 11:00am. It was sunny and 45 degrees. I returned to the Blue Ridge Parkway to finish the last miles. It was lovely and sunny. Asheville is at 2000 ft elevation. In the last section of the Parkway you climb to over 6000 feet and then back down.

So when you finish mile 469 of the Blue Ridge Parkway you are 30 miles from Gatlinburg, TN. So Gatlinburg is on the south end, Pigeon Forge is in the middle and Sevierville is on the north so I figured that within an hour I would be at my next campground. Ha! You drive through the Smoky Mountains and the National Park in that 30 miles. It is “leaf
peeping” season as they call it and it is a lovely Saturday afternoon. You get bumper to bumper slow traffic. It took me about 2 1/2 hours to make it.

I do like this campground (River Plantation RV Resort, Sevierville, TN). Full hookups and long, long pull thru.

I unhitched and left the campground to find some dinner. I wanted to try a restaurant I had read good reviews about. I located the Applewood Farmhouse Grill.

It was a busy place, but I only had to wait 10 minutes for a table. So every entree comes with mashed potatoes, soup, apple fritters, apple butter and Applewood Julep ( a mixture of apple, pineapple, lemon and juice) along with an additional side of your choice. A lot of food and it was all very good.

After dinner I wondered through several shops and returned to the trailer about 9:00pm.

Boy am I glad I chose Thursday to visit Biltmore instead of today.

My original plan for today was to take the hop on/off tour and wander around downtown.  They have a pretty developed downtown with funky shops, food, art deco architecture, etc.

Well,  this morning it was 55 degrees, with 30 mile per hour winds and spitting rain.  This chick did not think that sounded like a great plan any more.  So, I made a quick drive through downtown where I saw a lot of shivering tourists on the sidewalks then went shopping for the afternoon and then had a pedicure.

The store I most enjoyed was a department store called “Hamricks”.  They had great prices.  I also went to A C Moore which is similar to Michaels.

Then I decided before heading back to the trailer to pick up a sandwich.  I had noticed a fast food place called “Cook Out”.  They advertise great hamburgers so I decided to give it a try.  Once again you know you are in the south when one of the side options for a hamburger is Hush Puppies.  Another odd thing,  when you pull up to order for drive thru, you choose to go in the left lane or the right lane and they split around the building so if you are in the left lane, you actually pay and get your food through the passenger side window.  fyi – the burger was really good and they offer grilled onions which I enjoy on my burger.

It was really chilly, gusting winds and slightly raining when I arrived back at the trailer about 6:15pm or so.  Moving on tomorrow.